Author´s calendar 2021 Ukraine is mythical
Why do Men escape? Or Women who do not like themselves

Very often I watch women who are gray-eyed. They walk with a dirty tail, without make-up and in incomprehensible chaotically picked out clothes "Lizh would be convenient." Or plagued by debilitating diets, throwing out tons of money for salons and trendy clothes And you look, well, damn Baby´s foot
A problem with the milestones is one, "I do not who does not love, I do not who do not need", etc.
As a result, such an attitude is born or All the muzhiks of "SWO" I can do everything myself or with the strength of a maniac begins to hunt for a man.

There is such an old Soviet cartoon about the housekeeper Kuzya. In this cartoon really very unlucky Babe-Yage with Kuzey. Remember, she fed him, and watered her, and looked after him like the most precious treasure, but he still betrayed her.

So it often happens with women who do not like themselves. They are unlucky in love, they are not lucky with men, and their love is always flawed and treacherous.
- "As a rule, a person loses what he holds for".

- "For what we frantically try to resist, always seeks to slip away from us."

If you look carefully at the cartoon, you will see how accurately reflected in it (and the fate of the unfortunate Baba Yaga) Cartoon, of course, ended with a full "happy end" Baba-Yaga met a new housekeeper. But it´s not a fact that he will not be a traitor like all the previous ones!

Why? Because Baba Yaga itself attracts betrayal in its life. She thinks of him, she is afraid of him, and THIS FEAR leads her!
This fear governs the thoughts and actions of Baba Yaga, he pushes her to humiliation (she abandons everything, rushing headlong for her beloved Kuzma into the city, and humiliatingly asks him to return ...), to stupid and reckless actions (she tries to swaddle a housekeeper , And thrusting his papilla, do everything possible, including mucks, if only he did not leave it ...)

A person infected with the "Baba Yaga syndrome" lives his life in the victim´s position, and this position governs his thoughts, feelings, actions ...

When a person considers himself a victim, he seeks to do everything possible to ensure that nothing bad happens in his life. But in the end, with all your thoughts, feelings and actions, it draws this BAD into your life.

A person infected with the "Baba Yaga syndrome" is prone to act unconsciously, he is guided by his subconscious, his fear, and therefore constantly admits all kinds of mistakes that lead him to deplorable results in the relationship. 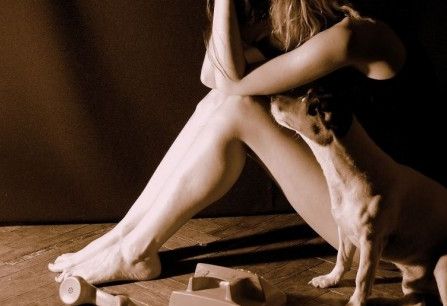 A classic example can be portrayed, remembering women who do not respect themselves at all as Women.

For example, a lovely lady gets to know a man, they have a good time, they exchange phones, and their relationship moves from the initial stage to the closer one. But then she does everything possible for the man to abandon her. Ask HOW?

A woman is simply visited by the fear that a man will disappear somewhere, and then she starts calling him constantly. She tortures him with her constant questions and questions about when they will finally meet. Or she just calls him (this is an extreme case of defeat "Baba Yaga syndrome"), to hear his voice, and then keeps silent in the phone ...

Again, as an example, simple life truths can be cited:
When a person considers himself a victim, he seeks to do everything possible to ensure that nothing bad happens in his life. But in the end, with all your thoughts, feelings and actions, it draws this BAD into your life.

The syndrome of Baba Yaga can lead a woman to the most diverse problems in her life. The problem of personal inefficiency is especially acute.

Remember, in the cartoon Baba Yaga began to live well only when she had her favorite little housekeeper. She immediately got along with business, pancakes with pies were baked, the stove was white, and she herself began to live in clover. Immediately dressed up, good-looking, etc.

Why did this happen only when the housekeeper appeared in her life?

Because otherwise she had nothing to do. Not for anyone (as many women say "I do not have anyone to dress, paint and dress up I do not have for anyone prepares, I do not have for anyone ....." And it does not appear if you do not love yourself and do not change the attitude to yourself Baba -Yaga did not like herself (and in general she hated to hate, so no one liked her), and she did not see the point of special so that her life could be better for herself.
The meaning of her life was to find a man for whose sake she would try ...
As you understand, men Babov-Jezek do not like, and in every possible way try to escape from them.

A woman suffering from the Baba Yaga syndrome is unhappy in her life, and in order to become happier she needs to learn how to love herself and live primarily for herself. 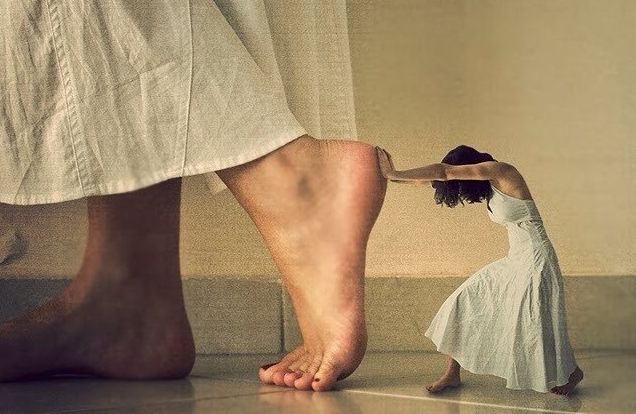 Baba Yaga constantly ran down the hut (which symbolized her thinking). You can put it more simply, in Baba Yaga´s way, people constantly "took down the roof" if she did not have a brownie
A woman suffering from the Baba-Yaga syndrome is always in search of a man, or tries to hold on to this man with all his strength but always fails. She does not see any other meaning in her life, and this makes her deeply unhappy.
Often such a woman can not overlook how badly her beloved man is. Yes, she does not want to notice this, because she lives, driven by fear again lose the meaning of life. Lose your man.

NO! It´s better to endure all insults and humiliation in the world, if only not to lose the meaning of life! (Tobish sweet-beloved)

And these insults do not have to be reduced to abuse and beatings. Many women consider it a norm that a man often denies them a request, or is simply rude, many women consider it a norm that they should do all the work (and not only) in the home and not get help and support from a man.
Many women live with men who earn less than them (and consider this to be the norm). And many even independently pay their men´s debts, and they are also sure that this is normal.

No! This is not normal, It humiliates you as a Woman, as a Person, as a Person!
It´s not at all normal when your man does not caress you when he has not given you flowers for a long time (or never gave anything at all) when he does not suit you with pleasant things, walks, holidays, and your sex has turned into three minutes and On the side or it does not exist at all.
But, unfortunately, there are quite a lot of women in our world who do not pay attention to such "trifles", they are ready for anything, if only there was he, and let him not be good enough or disgusting at all, the main thing is he is near.
And you do not think that he gave all his attention, gifts and walks a long time ago to another. And you are just a free housekeeper, also with intimate services once a month for a tick. And you still believe that he stayed on the robot, that he had a meeting, that he does not fulfill the plan and he is forced to work overtime, that he often on business trip such examples can lead oh how much ......

But the woman waiting for his house in a smeared dressing gown, without make-up and constantly tired of a home robot, constantly unhappy, and unsatisfied - always in the depths of her soul is convinced that she does not deserve in this life all the best ... And this belief always brings in her Life dregs ... Do you think you would love such a woman being a man ?????

Why do I think so? Because once she squeezed out of herself these very misconceptions and beliefs. You can not run after a man, you can not completely indulge him, and the nail itself is hammered into a wall, to hang a picture. While cute on the couch, belly scratches.
You remember that God created Eve from the edge of Adam, then man must be the earner, the strength, the support, and the stone wall. And not Baba and in the fire and in the water and the horse at a stop will stop. You are primarily women A woman is created for love and beauty.

But not every woman is able to SEE, track and destroy in her worldview that which poisons her life.

Many women often face the same problem of "Baba Yaga" is the reluctance to be beautiful.They are afraid to look good, they are afraid of people around them, men. There are many reasons for this, but, as a rule, all these reasons are reduced to one FEAR. Women are afraid to stand out for their beauty, shine, afraid to be charming and attractive. And all this leads to the fact that a woman can not express her femininity, and limits herself to the most diverse barriers in life, such a woman will always trudge with the zade at the feet of a man who humiliates her and does not appreciate her.

Where does this fear come from?

There are many reasons for women, so many reasons. But all of them, as a rule, are laid down in childhood. After all, adults are convinced that the most important thing is studying, etc., but not the appearance of their daughter. Many parents (and especially teachers at school) swear, when the girl aspires to be beautiful, to like associates. And as a result, an unhappy woman, hampered by her own complexes and barriers, who can not realize herself in life, grows up. It seems that the stupid and rash actions of adults eventually lead to deplorable results in the future of their pupils.

Why is a woman afraid that a man can throw it?

If there is a fear that a man can give up, then there is something in the woman that pushes the man away from her. And this she creates herself.

Fears and self-doubt - it´s just an unconscious intuitive understanding that you see in yourself some flimsy flaws or look for those negative moments that are not there. It´s all your head.

The Baba-Yaga syndrome works to within a millimeter.
Babe-Yage needs a man so that she can solve all his problems with him so that she can find the meaning of life for herself, and of course, so that a man can solve her numerous problems
But conceived all these images of men are taken from women´s novels or beautiful films about love . And men are far from ideal And the less we love them The more they want us.
Love yourself And then everyone will love you