“Classical Ukrainian Tarot” is the name of this author´s deck of cards. We present a modern Ukrainian interpretation of the methodology of the classical Marseilles Tarot, known since the 15th century. 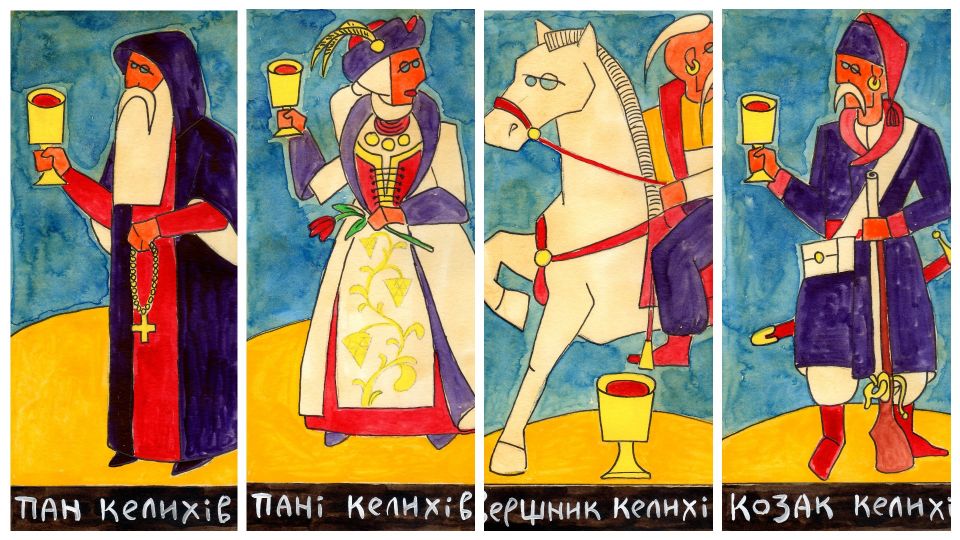 With respect to Ukrainian heritage, we have drawn attention to the mysticism which accompanied the everyday lives of historical Ukrainians – especially fortune-telling, harvest predictions, Christmas, and victory in battles. Girls discovered their fortunes of successful marriages, and women looked for wealthy and peaceful lives. Tarot cards could predict anything and they were in high demand.

In modern times, these fortune-telling traditions have received “a new lease of life.” So people can now turn to fortune-tellers, psychics, healers, and other experts in mystical affairs to get advice on problematic issues, to gradually adjust their lives, and to achieve success and harmony.

In the past two centuries, tarot cards have been borrowed from Europe as a tool for fortune-telling, meditations, and self-perfection. Unfortunately, the images on these cards don’t reflect the lifestyles and imaginations of Ukrainians today. That’s why we’ve come up with a classical Ukrainian tarot deck which takes into account the sacred, artistic, and general cultural traditions of Ukrainians. 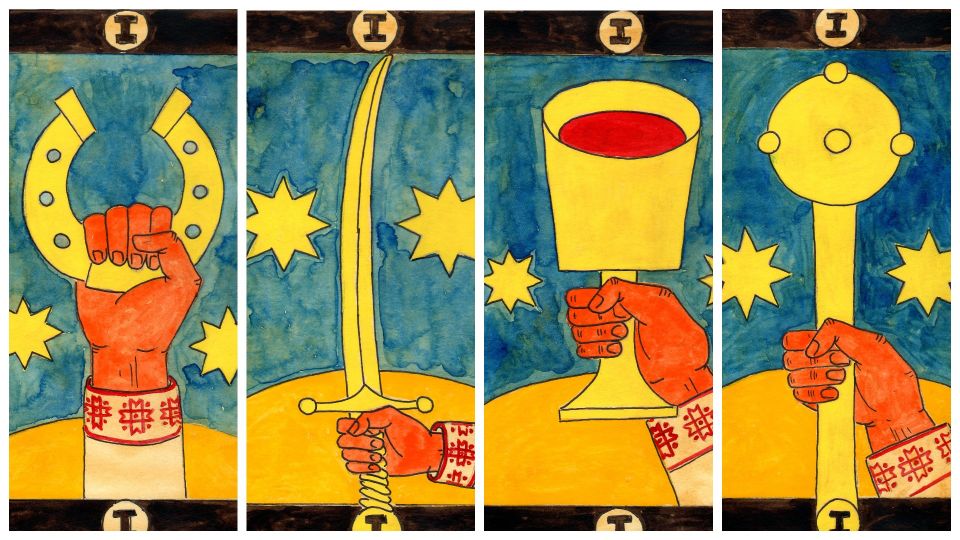 These cards have been made in the style of medieval paintings (like H. Bosch) and national folk art (like M. Priymachenko, K. Bilokur, and M. Boychuk). The color spectrum is natural, bright, and colorful, and it generally corresponds to the traditional Ukrainian understandings of colors.

Sacred symbolism is still important in modern Ukrainian culture. The Sofia bell tower corresponds to the Tower card; the World card is interpreted as a painted Easter egg, which contains the whole world; a sunflower symbolizes the Sun; and so on…